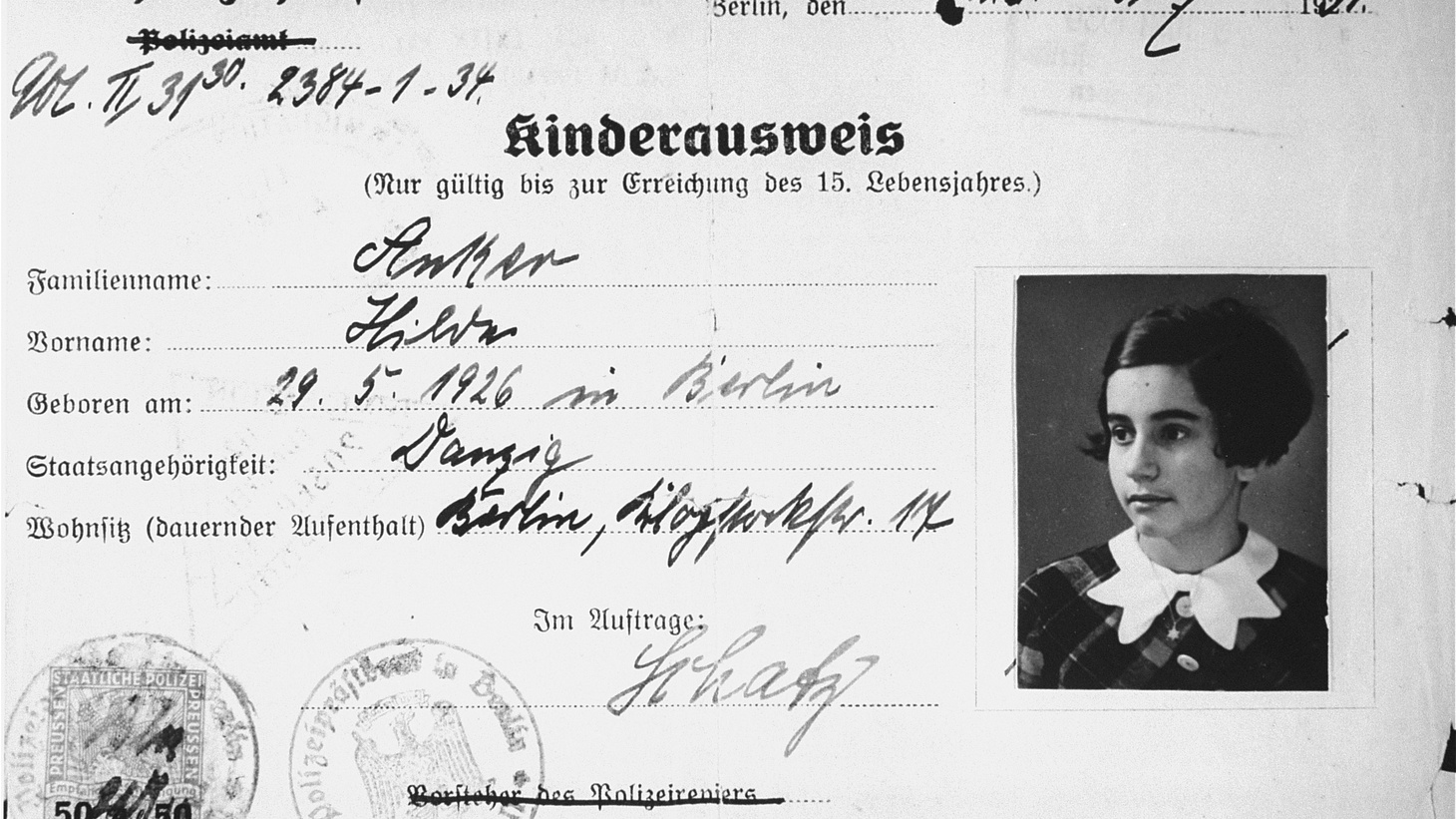 Hilda Fogelson, formerly Hilde Anker, received this German identification card in 1934. She used it when she fled on the Kindertransport to escape Nazi-occupied Germany.Photo from United States Holocaust Memorial Museum, courtesy of George Fogelson.

Hilda Fogelson remembers Berlin fondly although she left in 1939. As an 13-year-old, she boarded a ship bound for the United Kingdom without her family, part of a rescue mission for about 10,000 Jewish children in Nazi-occupied areas known as Kindertransport.

On that same ship was toddler Michael Wolf, who escaped from Germany. Although they traveled together and both ultimately settled in California, Fogelson, 96, and Wolf, 86, had never met until they reunited last month at Fogelson’s Studio City home.